First Forum of the Federation of Russian and Arab University Rectors

On 18 February, 2018, the First Forum of the Federation of Russian and Arab University Rectors opened in Beirut under the patronage of Lebanese Prime Minister Saad Hariri, at the premises of the Arts, Sciences & Technology University in Beirut, in Lebanon. This event was organized jointly by the Association of Arab Universities (AArU) and the Russian Rectors Union and hosted in Beirut on 18-20 February 2018, under the patronage of Lebanese Prime Minister, Mr. Saad Al Hariri and at the presence of the Russian Minister of Education & Science.

Within the Forum, a panel discussion entitled “Strengthening of academic cooperation between higher education institutions of Russia and Arab countries” and a General Assembly of the Forum were held. It was the occasion to discuss the possibility of cooperation between Russia and the Arab world in all educational and scientific fields. The forum participants discussed the issues of cooperation in education, science and technology, including joint research, academic mobility, the spread of the Russian language in the countries of the Arab world and the Arabic language in Russian universities.

In addition, presentations were made on the status and prospects of cooperation of higher educational institutions in the sphere of education, science and culture. As part of it, the OpenMed project was presented and disseminated, with a roll-up and distribution of the OpenMed postcard, the Executive Summary of the Compendium in English and Arabic and through short face-to-face discussions with participants. 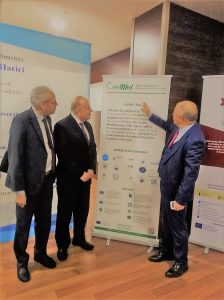 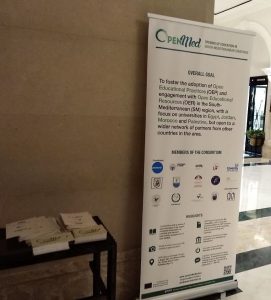 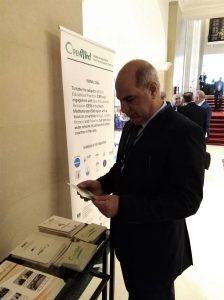 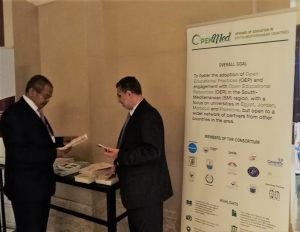